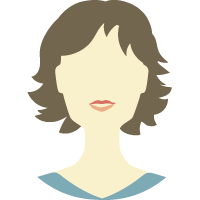 Hi, my name is Jules. Over the years, I have lived in lot of cold areas including Fargo and Minneapolis. While living in those places, I learned how to deal with extreme weather patterns. In the winter, I faced temperatures as low as forty degrees below zero, and in the summer, the days approached one hundred degrees. However, I learned how to respond to these weather patterns using my HVAC system. Unless you want extremely expensive bills, you need to know how to use your HVAC system efficiently. This blog has the tips and ideas you need. Please explore and enjoy reading! Here's to efficiency!

The central air conditioning system in your home is made up of a lot of different parts and components. Primarily, most of these system components will fall into one of two categories: part of the condenser system (located outside) or the interior evaporator unit (usually inside the house).

The condenser part of the system is responsible for "condensing" the hot air that is being pulled from inside the house and keeping the evaporator cool. Therefore, this portion of the AC consists of several components within itself, such as a large fan, a compressor, and other parts. If you have issues with the condenser half of your home's AC, there can be several likely culprits to blame. Here are a few signs of problems with an AC condenser unit and some of the most likely causes.

1. You have less airflow than usual through your vents.

Problems with airflow are often overlooked as problems with the condenser unit, but they can be blamed on this part of your system. If something like the fan motor is not functioning properly when the air conditioner kicks on, it can generate problems with airflow in the house. Step outside and see if the fan on the condenser unit is running as it should be when the system is turned on. If not, turn off the system and call an AC service technician for help.

2. You have no cold air even though the AC is on.

When the condenser unit is not doing its job to move air through the entire system, it can cause the evaporator coil to freeze up. It is easy to assume that you should feel cold air when this happens, you definitely won't because there will be no possible way for air to flow through. This kind of issue can sometimes occur if the condenser motor is not operating as it should, but there can be simple problems to blame as well, such as dirty fins around the condenser that are not allowing airflow.

3. Your condenser unit is making noises when the AC is turned on.

It could be something as simple as more vibrations than usual or something as alarming as metal clanking against metal.in any case, noises from the condenser unit are never a good sign. You may still have cold air inside the house, but there is a big chance that the system will shut down completely soon enough. This kind of racket can mean that the fan or condenser motor is going bad, so shut off the AC and wait for help from an air conditioner technician.